BPAN research moves ahead with grant from 2020 bike ride 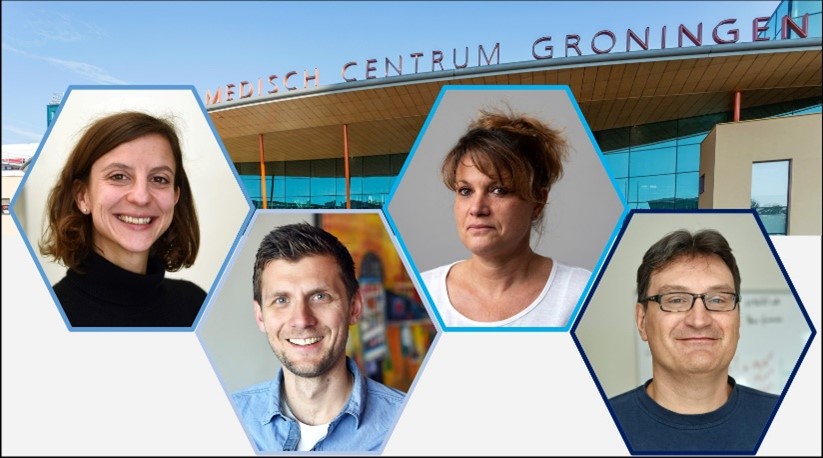 A BPAN research grant that could inspire new approaches to treating the disorder was awarded in January through the University of Pennsylvania with collaboration from the NBIA Disorders Association.

The grant went to Drs. Fulvio Reggiori, Mario Mauthe, Muriel Mari and Lara Barazzuol from University Medical Center Groningen (UMCG) in The Netherlands. Their research project is titled “Deciphering the causes of mitochondrial network disruption in WDR45-defective cells and their contribution to the BPAN pathology.” It is designed to determine how gene mutations contribute to Beta-propeller Protein-Associated Neurodegeneration (BPAN), the most prevalent of the NBIA disorders.

Funds for the one-year grant were raised through the virtual Million Dollar Bike Ride (MDBR) fundraiser held in June 2020. Families raised $35,000 and $30,000 of that was matched, dollar for dollar, by Penn’s Orphan Disease Center. When combined with registration costs and additional sponsor funds, the research grant totaled $71,471.

This is the fourth time research supported by the NBIA Disorders Association qualified for Million Dollar Bike Ride grants. Our organization writes the request for proposals, and members of our Scientific & Medical Advisory Board review grant applications. The University of Pennsylvania manages the grants and sends us a copy of the final scientific report grant that recipients will provide. Selection is based on the grant proposal’s relevance, feasibility and scientific merit.

The WDR45 gene, which when mutated causes BPAN, produces a protein called WDR45 that appears to be involved in autophagy, the process in which the body’s cells clean out damaged or unnecessary components. However, the precise molecular function and contribution of this protein to this pathway remains unclear.

This research will be taking a closer look at the mitochondria, which are the small structures in cells responsible for important processes such as producing energy, regulating metabolism, inflammation and cell death. Mitochondrial dysfunction is observed in genes mutated in certain NBIA subtypes, including the PANK2 gene in PKAN, the COASY gene in CoPAN, the PLA2G6 gene in PLAN and the C19orf12 gene in MPAN, carry instructions for mitochondrial proteins.

The team’s preliminary data reveals that cells with a WDR45 deficiency have a disorganized mitochondrial network. This indicates that WDR45 is also part of other cellular processes in addition to autophagy. The main goal of the research is to characterize how WDR45 deficiency leads to mitochondrial network disorganization and unveil the consequences of this to the cell.

The research will initially be performed in model cell lines followed by experiments using stem cells, a type called induced pluripotent stem cells (iPSCs). These iPSCs come from donated BPAN patient urine cells that are reprogrammed to become iPSCs. The IPSCs can then be reprogrammed in a lot of other human cell body cells, including the key brain cells affected by BPAN.

The team will search for metabolic pathways, which are a series of connected chemical reactions in the cell, that are affected in BPAN patients due to their dysfunctional mitochondria. This knowledge could offer the possibility of developing treatments to rebalance these metabolic alterations and decrease the devastating symptoms of BPAN and, potentially, other NBIA disorders.

The project will take advantage of the expertise of the four researchers, who are strategically located at the same department of the UMCG: autophagy (Fulvio Reggiori), ß-propeller proteins (Mario Mauthe), brain organoids technology (Lara Barazzuol) and electron microscopy approaches (Muriel Mari).

This project is also benefitting from an ongoing collaboration between the awarded groups, Prof. Marina de Tijssen, a clinician at the Movement Disorders Groningen, which is the Netherlands center of expertise for NBIA diseases, and the Dutch NBIA foundation Stichting Ijzersterk.  Tijssen and the patient organization have been instrumental in getting in touch with the patient families donating the urine samples to generate the iPSCs.