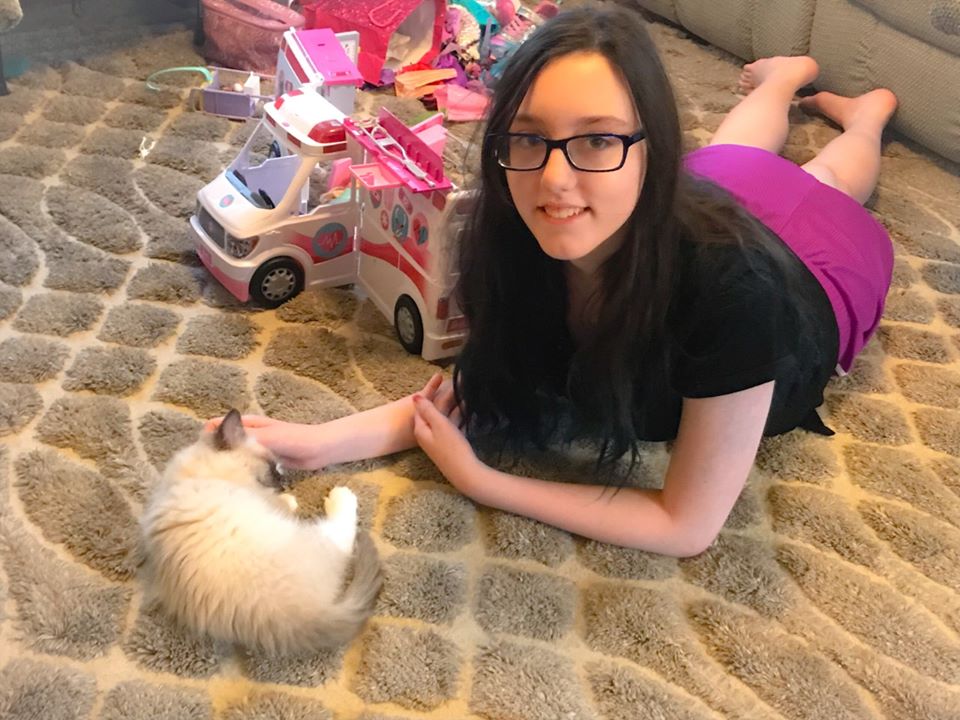 "Juliana is 17 now. She began to have uncontrollable body movements around toddlerhood. We went to many doctors, hospitals, & widely respected movement specialist. Along the way she was diagnosed with Asperger’s & Bipolar. Every single doctor said that she did not fit any movement disorder they had seen. Juliana would say that her constant movement controls her whole life. Years went by of no answers yet progressing movement. I had begun to search for an answer in 2005. NBIA was not yet on the radar of most of the physicians we saw. In 2018 at 15 years old, the body movement were so constant & extreme that they leave her sweaty & very tired. At that point she had an MRI to check a cyst. We weren’t overly concerned about this test. That’s when it happened. Sitting on my couch trying to google the words in the report. It hit me like a brick. After all of these years we now know there is iron accumulation in her brain. My mind kept repeating “oh my God metal poisoning, all this time”. Poisoning her brain. We were not prepared for all this would mean, for right now, for her future. She is a high school senior. We had to make major changes to her school day (cutting it in half) her after graduation plans. Her ability to walk the distance of even grocery has been weakened. She now uses a power chair for distances. She suffers frequent falls and goes days on end without sleep. Her brain doesn’t have to the energy to even produce the sleep chemical needed.

This is not what Juliana had planned. We have no idea what will come next for her health. We do know that she is always pushing forward, always searching for the joy & although this disease may get her down, she never stays down."