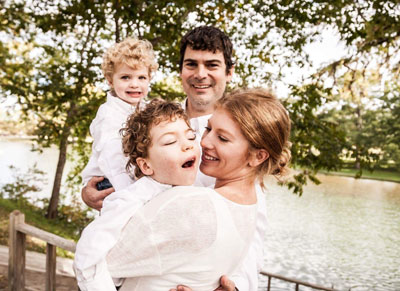 Our wisest teacher, Jake Phillips, offered his final breath on December 23, 2016 after a lifelong illness, completing the embrace of his angelic presence. His heroic final days were spent surrounded by his expansive community of family and friends including a vast network of his students whom he taught from afar. His final lessons were saved for his loving mother who held him as he completed his teachings and freed himself into God’s embrace.

Jake’s life, albeit limited in time, was spent in an exalted state. It leaves us with the clearest example of how one individual can ignite a spark in even the most apprehensive among us, allowing us the freedom to live in the completeness that he did. He spoke wisdom through every gesture, large and small, and communicated with undeniable clarity despite not uttering a word. His laugh was a contagion that could not be resisted and he used it generously in his lessons. A single glance into his knowing eyes would evoke every dimension of his sweet, daring and slightly mischievous personality. But for all those things, he is best known for the irresistible warmth of his smile and how he had perfected the timing of using it to charm the pants off any unwitting student that graced his presence. He taught us with an unrelenting fervor and we devoured it, only to hunger for more at each turn.

Jake was an avid enthusiast of nature and would embrace any chance to wander outdoors. His love of the sun suited him so perfectly and if often felt like he was recharging his own brightness as he basked in it. Watching him respond to a fresh breeze or the gust of wind from a window rolled down was to bear witness to sheer joy – screeches and laughter included. It’s safe to say that, like both parents, his favorite place in the world was by the ocean on a breezy, sun-filled day, sand filling the space between his toes. It was one of the few places he could always sleep peacefully through the night. His love of nature was perhaps only rivaled by his love of animals and he was proud to be the big brother of many wonderful dogs including Kai, Suena, and Macy and an undocumented number of crazy hens that clucked songs for him daily.

Jake was not just strong, he was strength itself. He never let his illness defeat or define him. With his courage, he recruited an entire army of believers to celebrate life’s blessings. Every challenge he was presented he turned into an opportunity, defying odds at every turn while turning his journey into an agent for positive change. His relentless desire to be that pillar of strength inspired many thriving pursuits, among those a flourishing research community that even in his death he shared his body with in support of the impending cure.

With Jake’s passing, we feel honored to invite all to celebrate the completeness of his life. As his mother so perfectly reflects, he did not leave a single unfinished deed, which feels like the rarest of acts in our fast moving world. Joining us in this celebration will provide his friends and family the healing elixir required to foster the transition to come. So although he will be missed every day, his abundance lives vibrantly in the echo of his teachings across his extended community. It is clear that his will was to have all that he fostered on earth be incubated and nurtured through all those he touched. It’s all this that makes his parents, Andrew and Kristin and his brother Kieran, exult in the privilege to be his family and to rejoice in his life, death and eternal presence.

Jake leaves behind many wonderful caregivers that provided the love and support lending him the highest quality of life. There is a special place in our hearts for Jake’s primary medical team including Dr. Pamela Cantu, Dr. Conrad Speece, and Dr. Kaimi Plipovich who enabled his strength to help overcome several significant medical challenges. The care from his hospice team – Annette Waters, Irene Gurrola, and Pam Traver Hilburn – went far beyond the call of duty every single day. Other nurses and providers including Mari, Jennifer, Lanelle, and Ilda, will live as saints in our families’ eyes forever. Special thanks to Robbyn Dodd who captured some of our favorite moments with Jake and also provided comfort with her therapeutic massages, especially on his last day. Lastly, we would like to offer our thanks and gratitude to Dr. Carl Robert Evans who because of his miraculous efforts on Christmas Eve, Jake was able to donate his brain to further his teachings for decades to come. We know he will be dearly missed by all of those who provided support throughout his journey. These astounding people, too numerous to mention, provided Jake a reflection of his own strength, an echo of his love and an embracing of his strength throughout his life and now in his death.