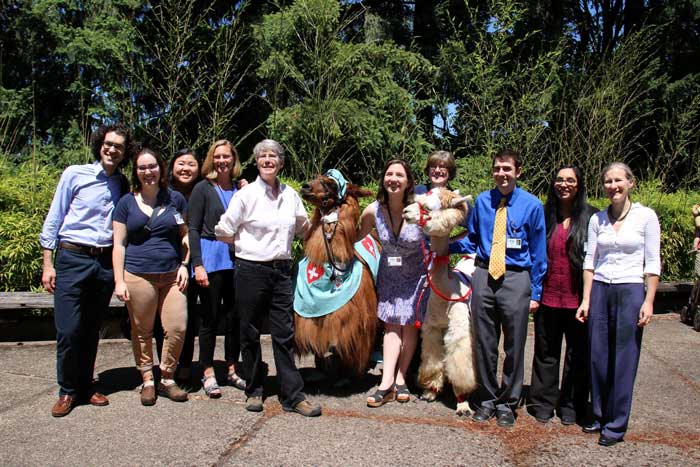 For the first time, researchers at the Oregon Health and Science University hosted a meeting in Portland for BPAN families so they could share information, take biological samples and introduce families whose loved ones share the same disorder.

The weekend of activities and sessions June 24 and 25 attracted 17 U.S. families affected by Beta-propeller Protein-Associated Neurodegeneration, which is quickly becoming one of the more commonly diagnosed NBIA disorders. The gene causing BPAN was discovered in 2012, setting the stage for potential treatments, some of which were described to parents that weekend.

With doctors and researchers on hand, families had individualized appointments where their love ones’ motor skills, thinking abilities and developmental milestones could be observed and documented.

The families included those who were diagnosed shortly after discovery of the gene and others who had received the diagnosis within weeks of the Portland gathering. The BPAN individuals attending ranged in age from 3 years to 29 years and varied significantly in their spectrum of symptoms.

The children were not shy about expressing their displeasure at skin biopsies and blood draws which will help with the understanding of what causes BPAN and guide future therapy development.

Families, including ours, had an invaluable opportunity to compare notes with other families, expand our understanding of the disease and learn what kinds of studies researchers are doing. Everyone was welcomed with open arms and warm hearts.

The team sponsored a symposium at the university’s Hatfield Research Center that Saturday to discuss past, present and future developments in BPAN research. While work on mouse model colonies is continuing to aid in the understanding of BPAN, one of the physician/scientists based in Portland, Dr. Penny Hogarth, told the families that she has identified a compound that may act on the BPAN biological pathway. The drug is already approved by the Food and Drug Administration, but for another purpose. Hogarth said she is hopeful that if it shows promising results in the lab, it could be advanced to clinical trials in individuals with BPAN. Some of the skin and blood samples obtained during the meeting will be used to support this work.

Dr. Apostolos Papandreou from the UK said that his team at University College London that received funding from NBIA Disorders Association is culturing neurons from skin samples to test other FDA-approved medications. They hope to determine whether some of the drugs being tested can effectively combat the effects of BPAN.

Families were given time at the end of the day to discuss their experiences and challenges in focus groups. Researchers listened to the discussions and said they will use these insights for natural history studies and outcome measures critical to finding treatments.

After the session ended, families and researchers shared a picnic lunch with two very special guests in attendance, therapy animals Rojo the llama, and Napoleon, the alpaca. Families enjoyed spectacular weather and exchanged phone numbers to keep in touch.

BPAN families raved about the weekend, saying they felt hopeful and encouraged, and the research team expressed a likelihood of holding similar meetings for other NBIA disorders. 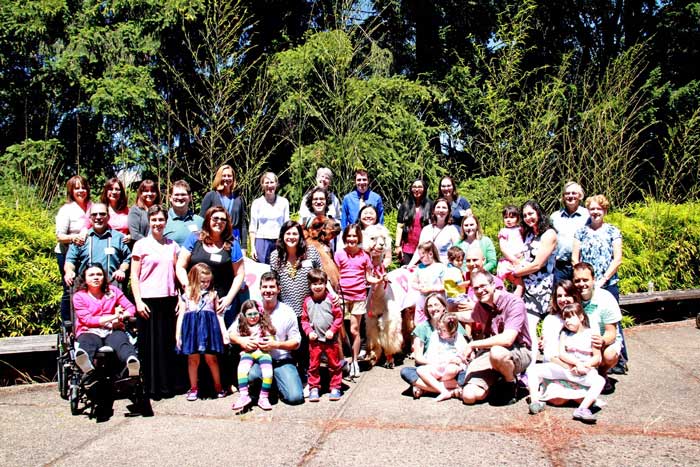