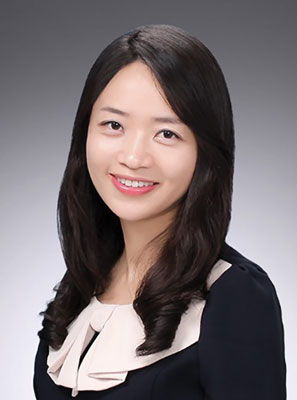 Seeking to attract more scientists to study NBIA, the NBIA Disorders Association this spring awarded it’s first-ever early-career grant to a researcher. That scientist will receive a total of $150,000 spread over two years to study BPAN.

In addition, the organization awarded a one-year $45,000 grant to another BPAN researcher.

The recipient of the early career award is Dr. Young-Ah Seo, an assistant professor of nutritional biochemistry in the department of nutritional sciences at the University of Michigan School of Public Health in Ann Arbor. The NBIA Disorders Association board created this grant category to support highly promising early-career investigators as they transition from training to independence. The board hopes recipients will maintain an interested in the disorders and contribute substantially to NBIA discoveries throughout their careers.

At the end of the two years, the board may renew Seo’s grant for another year, depending on progress and funds available.

Seo received the prestigious National Institutes of Environmental Health Sciences Pathway to Independence Award (K99/R00) in 2014. The award, given by the National Institutes of Health, provides up to five years of support in two funding phases. The initial award provides one to two years of mentored, postdoctoral support. The second phase provides up to three years of independent research support and is activated when the recipient accepts a full-time tenure track faculty position, or the equivalent.

Seo said the award helped her obtain a tenure-track faculty position at the University of Michigan School of Public Health in 2016, meeting our requirement that applicants be within five years of their first faculty appointment, or the equivalent, to be eligible for our funding.

Seo’s proposal is “Defining the roles of iron in BPAN.” She said that while mutations in a gene called WDR45 are responsible for Beta-propeller protein-associated neurodegeneration (BPAN), “the molecular and cellular mechanisms of brain iron overload in BPAN remain unclear, which makes it difficult to design rational therapeutics to treat this condition.“

WDR45 is essential during the early stages of autophagy, a process that helps clear unnecessary materials from cells. While the role of WDR45 in autophagy has been established, the relationship between impaired autophagy and iron overload remains unclear. That is a key unresolved factor in understanding the development of BPAN.

Another major question is related to the molecular mechanisms of iron imbalance in BPAN. While key molecules have been well-characterized to maintain an optimal iron level within cells, the iron regulators that are affected in BPAN are unknown.

Seo said her research will attempt to gain new insights into those problems, with the goal of pointing to potential therapies.

“The aim of the proposed project is to understand the interplay between iron and autophagy in WDR45 deficiency and to identify the molecular damage that causes iron overload in BPAN,” she said.  “To achieve this goal, we will use our molecular expertise in metal homeostasis and neurotoxicity related to brain disorders. The completion of the proposed project will allow for understanding how WDR45 deficiency leads to iron accumulation and neurodegeneration in BPAN. The obtained knowledge will form the basis for future therapeutic developments for BPAN.“

Seo will oversee the work of a postdoctoral researcher for this project and be responsible for completing experiments proposed in the research plan and sharing the results in publications and presentations.

“The long-term goal of my research is to decipher the mechanisms of iron homeostasis in the brain, thereby developing therapeutic targets for iron-related neurological disorders,” she said.

Seo has already published 15 papers on other topics unrelated to NBIA from 2009 to 2018, including eight first-author papers, while completing her doctoral research at Pennsylvania State University and postdoctoral research at the Department of Genetics and Complex Diseases at the Harvard School of Public Health. 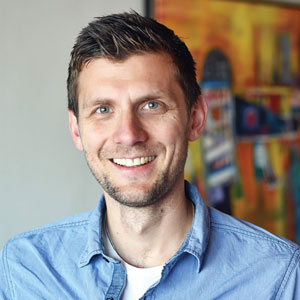 Our one year, $45,000 grant award goes to Dr. Mario Mauthe, a senior postdoc in the Department of Cell Biology at University Medical Center Groningen (UMCG), the Netherlands. The movement disorders division at the hospital is considered a center of expertise for NBIA in Mauthe’s home country.

His project, titled, “Identifying and characterizing the multiple cellular roles of WDR45 in BPAN,” also is seeking a better understanding of how problems in clearing unneeded material from the cells (autophagy) affect neurological diseases, such as BPAN.

“I will investigate whether the BPAN-related mutations in WDR45 alter the process of autophagy and also examine whether mis-regulated autophagy could contribute to the iron accumulation observed in the diseased brains,” he said.

It’s possible the defective WDR45 gene in BPAN affects other pathways in the cells, so, Mauthe’s team will explore those avenues as well. “The ultimate goal of my project is to discover potential therapy targets,” he said.

Seo and Mauthe plan to attend our family conference next June in South Carolina, where they will present their work to families.