The Brain, Blood and Iron: Joint International Symposium on Neuroacanthocytosis (NA) and Neurodegeneration with Brain Iron Accumulation drew more than 60 scientists Oct. 1 and 2 to the Doubletree Hotel in Bethesda, Md.

Thirty-eight participants from around the world were joined by additional researchers that paid their own way to attend this gathering and listen to the latest NBIA and NA research findings. Seven attendees were early career investigators that were offered scholarships and participated in a poster session showing their work focus.

It was the broadest group of scientists to gather for a scientific symposium on NBIA, including the related disorder, neuroacanthocytosis. NA is a genetic condition characterized by movement disorders and abnormal red blood cells. PKAN, a form of NBIA, also comes under the NA umbrella.

Dr. Susan Hayflick, a key NBIA researcher, spoke at an NA symposium last year, and the idea was born to bring a much bigger group together to focus on both disorders. That brought new eyes to NBIA at this year’s symposium and new ideas for pursuing future research. Several of the researchers are now working together on applying for research grants in the United States and Europe.

Dr. Alan Guttmacher, director of the National Institute of Child Health & Human Development, spoke eloquently at the symposium about the exciting progress NBIA research has made since the first workshop in 2000. He emphasized that collaboration among researchers was the key to future research advances.

His institute, along with the National Institute of Neurological Disorders and Stroke and the Office of Rare Diseases Research sponsored the symposium. All three are part of the National Institutes of Health, and a good showing of NIH researchers from the Bethesda campus attended the talks.

Program topics included what is known about NA and NBIA at the cell level; discussions on mitochondria, iron and their role in neurodegeneration; CoA and fatty acid metabolism; two new NBIA genes (see article on pg. 3); and future directions for research. A lively discussion at the end of the symposium on promising ideas for future research had me wishing we had another day to brainstorm.

A smaller group gathered on Sunday morning to continue discussing NBIA research priorities and using Skype for regular conference calls between researchers and the leaders of the lay advocacy organizations to discuss ways we can help each other. These research priorities will be used by the NBIA Disorders Association to be more specific when it seeks future grant applications about the kind of projects it will fund. 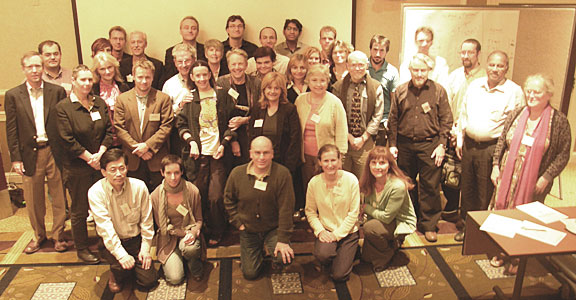 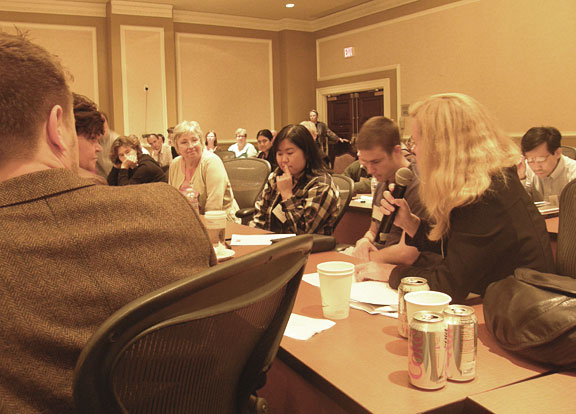 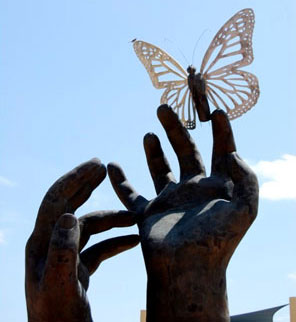